Located in Historic Esquimalt, Gordon Doucette was commissioned to undergo a massive outdoor stone project at Swallows Landing. This was where he was first recognized for his commitment to building consistent rock designs aligning with the luxury apartments built there. He was contracted to install stone veneer, retaining walls, pillars, precasts, and constructing a pathway leading to an outlook over the harbor.

A four year project, Gordon utilized the stone on site through blasting as well as a percentage of basalt for the corners of the building. Incredibly, the stone veneer that surrounds the bottom of each tower is 10-12 inches thick.

Serious Masonry does not compromise when it comes to quality. On a walking tour through Swallows Landing with Gordon, I had the privilege of witnessing his attention to detail and design. Among the intricate, solid stone work, Doucette pointed out his signature. With some interesting positioning of rock on a pillar, a hammer becomes visible.

By adding this subtlety, Gordon Doucette situates himself as a skilled artist determined to create masterpieces in landscape construction.

Swallows Landing was awarded the 2009 Victoria Real Estate Board Excellence Award and most notably, the 2008 BC Masonry Design Award for excellence. 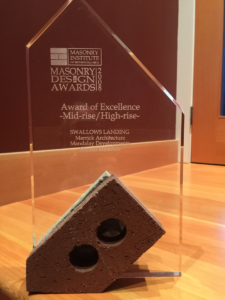 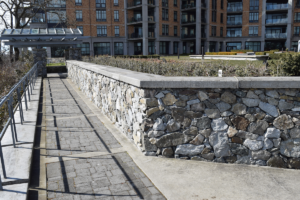 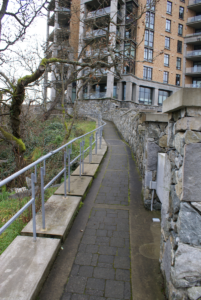 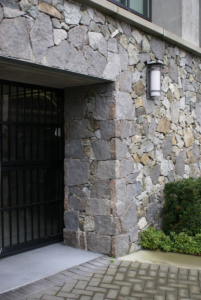 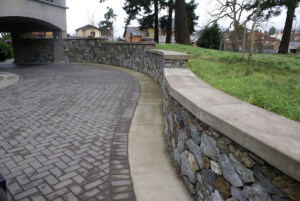 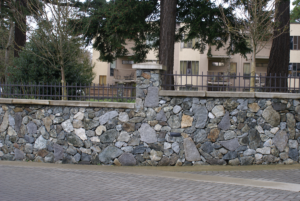 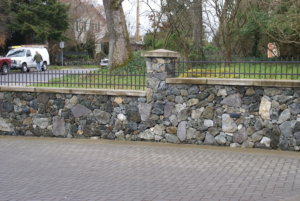 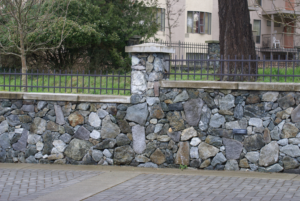 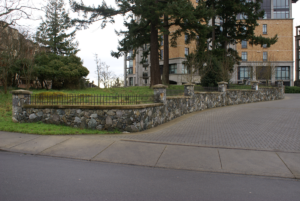 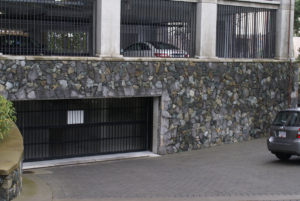 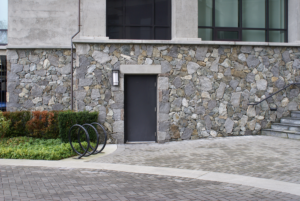 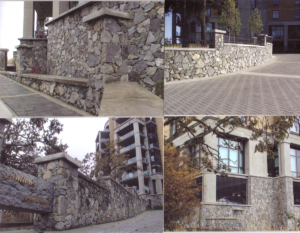